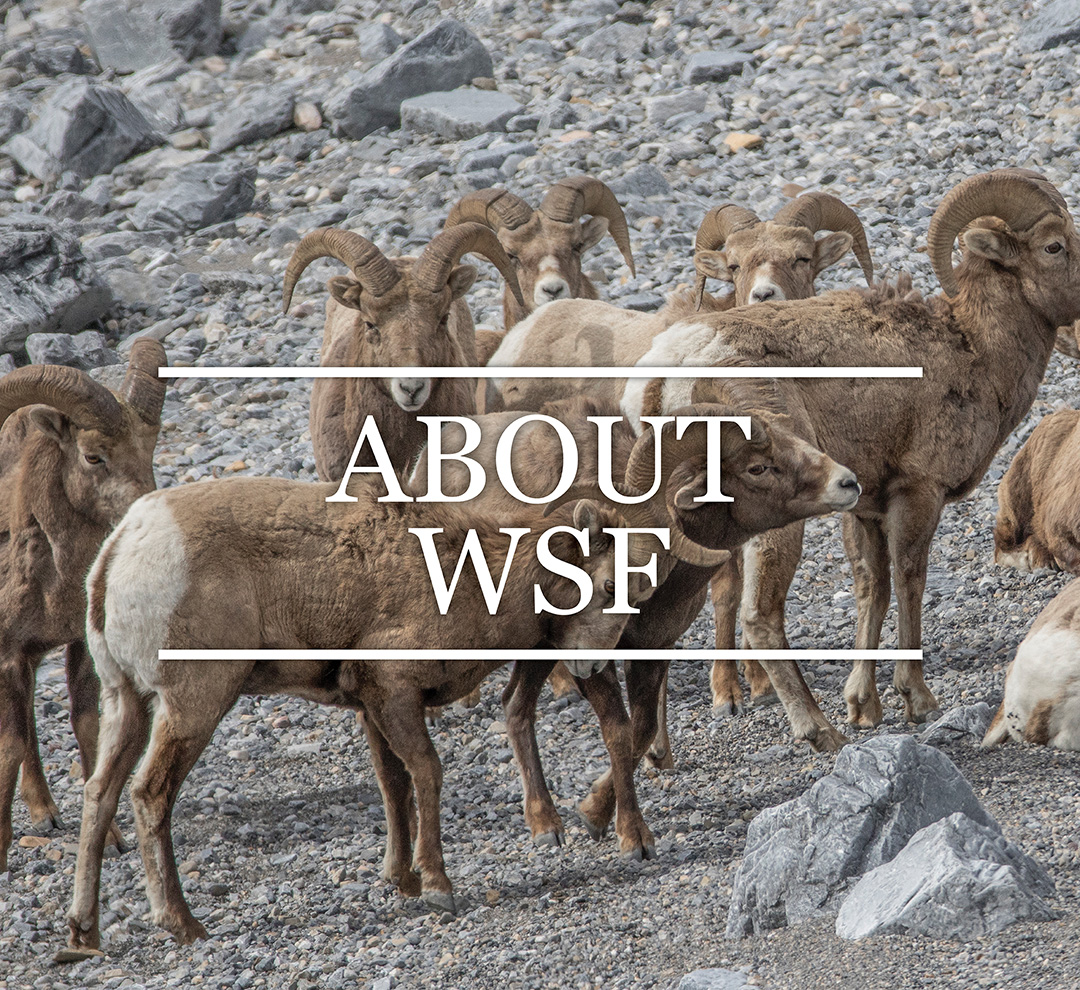 Founded in 1977 and then known as the Foundation for North American Wild Sheep (FNAWS), the Wild Sheep Foundation (WSF) is THE conservation organization dedicated to restoring wild sheep populations that dwindled to historical lows in North America in the 1950s and ‘60s.  With private funding from its members and proceeds from an annual convention known as “The Sheep Show®,” the Wild Sheep Foundation and its Chapters and Affiliates actively fund initiatives throughout North America and beyond to accomplish its purpose and mission.  WSF’s overarching strategic goal is to ensure that wild sheep populations and their habitats worldwide are effectively managed, accessible, utilized and supported by interested stakeholders.

In over 40 years, the Wild Sheep Foundation has raised and directed more than $115 million “To Put and Keep Wild Sheep on the Mountain®” – with more than $49 million raised and directed to agencies from special permits and tags alone.  This funding has been used to support wild sheep transplants, telemetry studies, research, habitat enhancements (e.g., prescribed burning, water development, noxious weed control), predator management, education and a host of related programs. Trap and transplants conducted west-wide initially brought bighorn sheep from Alberta and British Columbia to western states resulting in a modern day wildlife success story. Since 1922, more than 21,600 wild sheep have been transplanted in over 1,460 discrete operations, in 15 states and two provinces.  Rocky Mountain, California and desert sheep numbering ~25,000 in the 1950s have been expanded three-fold to more than 85,000 today.

This conservation success is a credit to the more than 10,000 WSF, Chapter and Affiliate members worldwide and their contributions of thousands of man-hours of labor, dedication and dollars to bring back wild sheep from the brink…but there is still much work to be done.