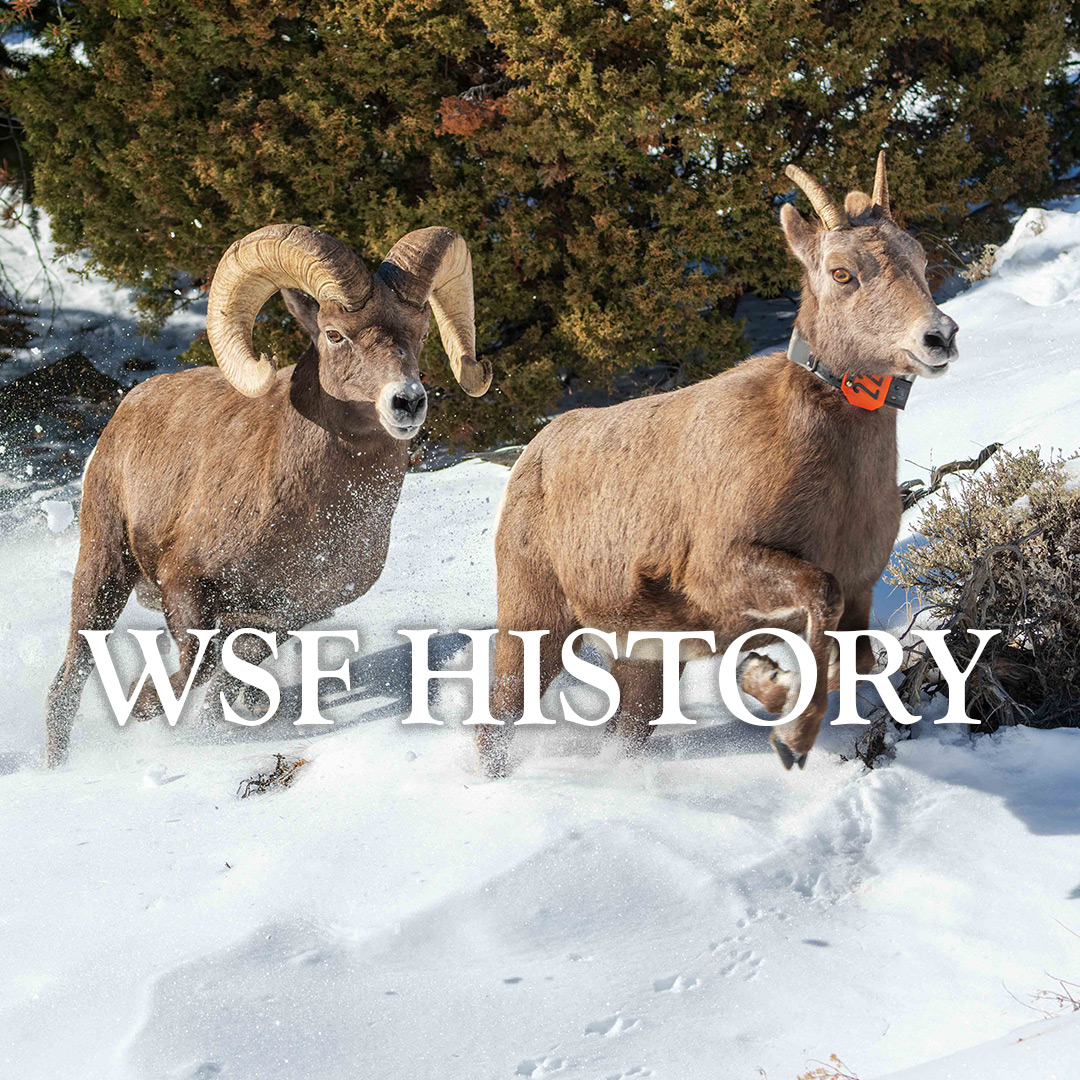 Our story begins with tragedy and hope. In the 100 years leading up to the 1960s, bighorn sheep populations and their ranges had plummeted drastically to historic lows. In 1974, a group of wild sheep enthusiasts joined together to do something about it. They formed the Foundation for North American Wild Sheep (FNAWS), with a mission to manage and restore wild sheep populations across the continent. FNAWS was incorporated as a non-profit in 1977 and began gathering members and raising funds to advance the comeback of wild sheep and promote the vitality of their traditional habitats. In 2008, FNAWS formally changed its name to the Wild Sheep Foundation (WSF) to reflect its expanded vision of ensuring that wild mountain ungulates and their habitats worldwide are effectively managed, utilized, made accessible and supported by interested stakeholders.

In over 40 years since its formation, WSF has raised and put on the mountain more than $115 million, resulting in an incredible wildlife recovery success story. Through wild sheep transplants, research, water development, predator management, educational outreach and many other WSF initiatives, the numbers of Rocky Mountain, California and desert bighorn sheep have soared threefold in North America, from around 25,000 in the 1950s to 85,000 today. Some states have seen 200 percent increases in wild sheep populations, while the state of Oregon alone has watched its wild sheep climb an astounding 2,000 percent. Today over 12,000 WSF, Chapter and Affiliate members are working to combat respiratory disease afflicting wild sheep, encourage new studies and management plans for Dall’s and Stone’s sheep, and advocate for the long-term health and sustainability of wild sheep herds and the wild places they roam across the globe.