WSF Takes Women Hunt™ to the Classroom and Field 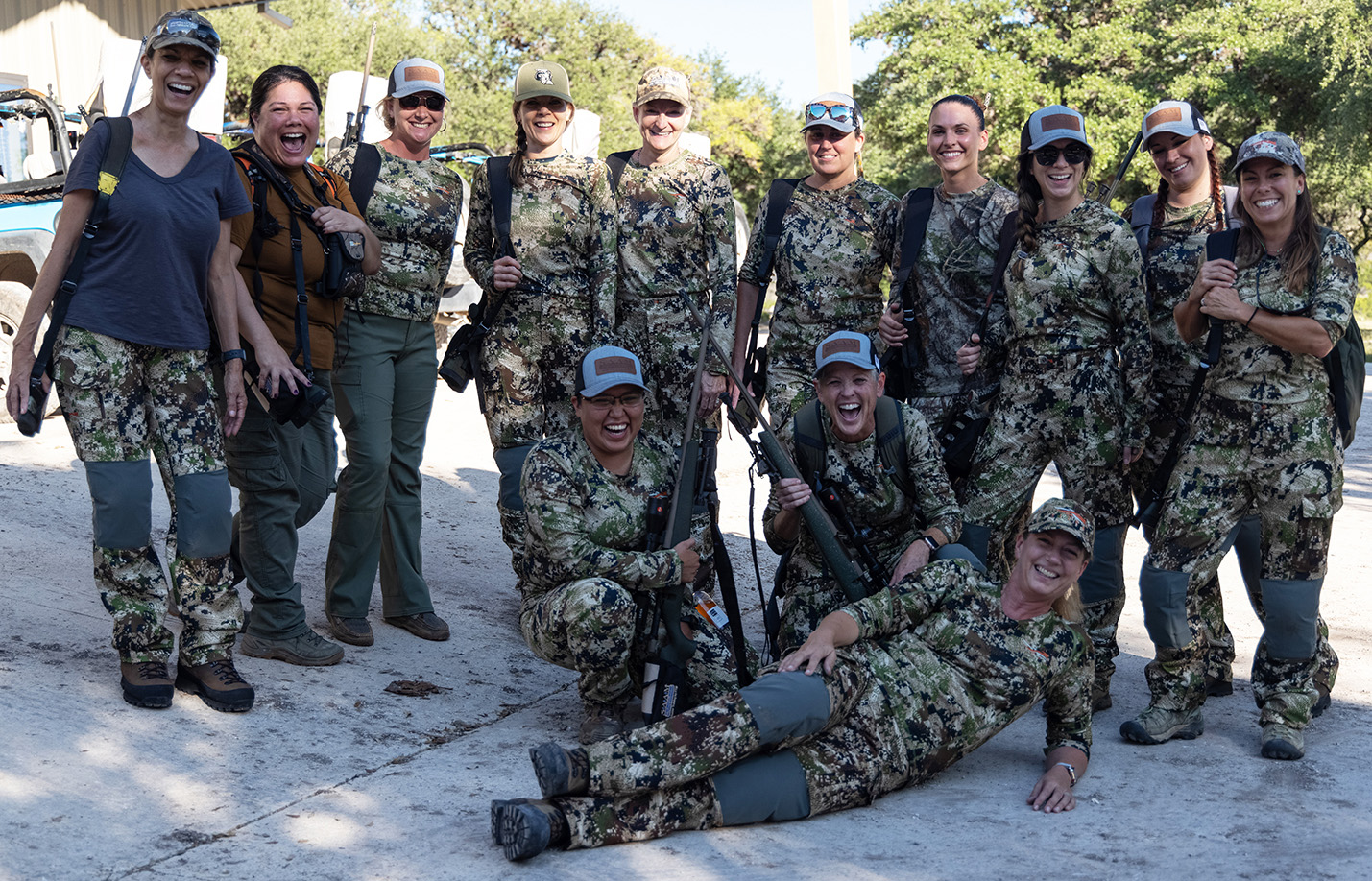 Bozeman, Montana. October 13, 2021. The Wild Sheep Foundation's (WSF) Women Hunt™ Program hit the ground this past week with a total immersion class and hunt in the Hill Country of South Texas.

"We've learned a lot from the recent surge in women wanting to get into hunting," said Gray N. Thornton President and CEO of the Wild Sheep Foundation. "A lot has come from the past three years of engaging seminars hosted by the WSF Women in Hunting Initiative, now titled Women Hunt™. The most reoccurring thing we've learned is that the barriers to entry for women are much higher than those for men. We wanted to do something about that."

"These women are sharp, very engaged, and highly motivated," Thornton commented. "We had a comprehensive presentation on the North American Model of Wildlife Conservation, including a video on the Model and women's role in the early 1900s conservation movement. The participant's level of questions and eagerness to "give back" was beyond belief. It was inspiring to see the discovery and journey of these women and how they absorbed and processed a 'firehose' of information. They may not have hunted before, but they came with all the qualities of a hunter; keen awareness of what was going on around them and the ability to apply what they learned."

The week concluded with actual hunts and the opportunity for each participant to hunt and take a whitetail doe. Not all were successful, but they all got to take home shared venison in coolers provided by YETI.

"We had a lot of support for this first event," Thornton concluded. "Thank you to SITKA, YETI, Weatherby, Boyt Harness, Kenetrek, Leica, and of course the FTW Ranch and their SAAM New Hunter Course. Funding for the course was generously provided by auction donations from Allterra Arms, Two Lazy Two Custom Rifle Maker, Pursue the Wild, Alaska Wilderness Enterprises, and Linda Demmer."


WSF Women Hunt™ will host another 12 aspiring female hunters next October at the FTW Ranch, and this year's participants will be volunteers at the January 2022 Sheep Week® in Reno.

The Wild Sheep Foundation (WSF), based in Bozeman, Mont., was founded in 1977 by wild sheep conservationists and enthusiasts. With a membership of more than 10,000 worldwide, WSF is the premier advocate for wild sheep and other mountain wildlife and their habitats. WSF has raised and expended more than $135 million on wild sheep habitat and population enhancements, education, and conservation advocacy programs in North America, Europe, and Asia to “Put and Keep Wild Sheep on the Mountain®.” These and other efforts have increased bighorn sheep populations in North America from historic lows in the 1950-60s of 25,000 to more than 85,000 today. www.wildsheepfoundation.org.