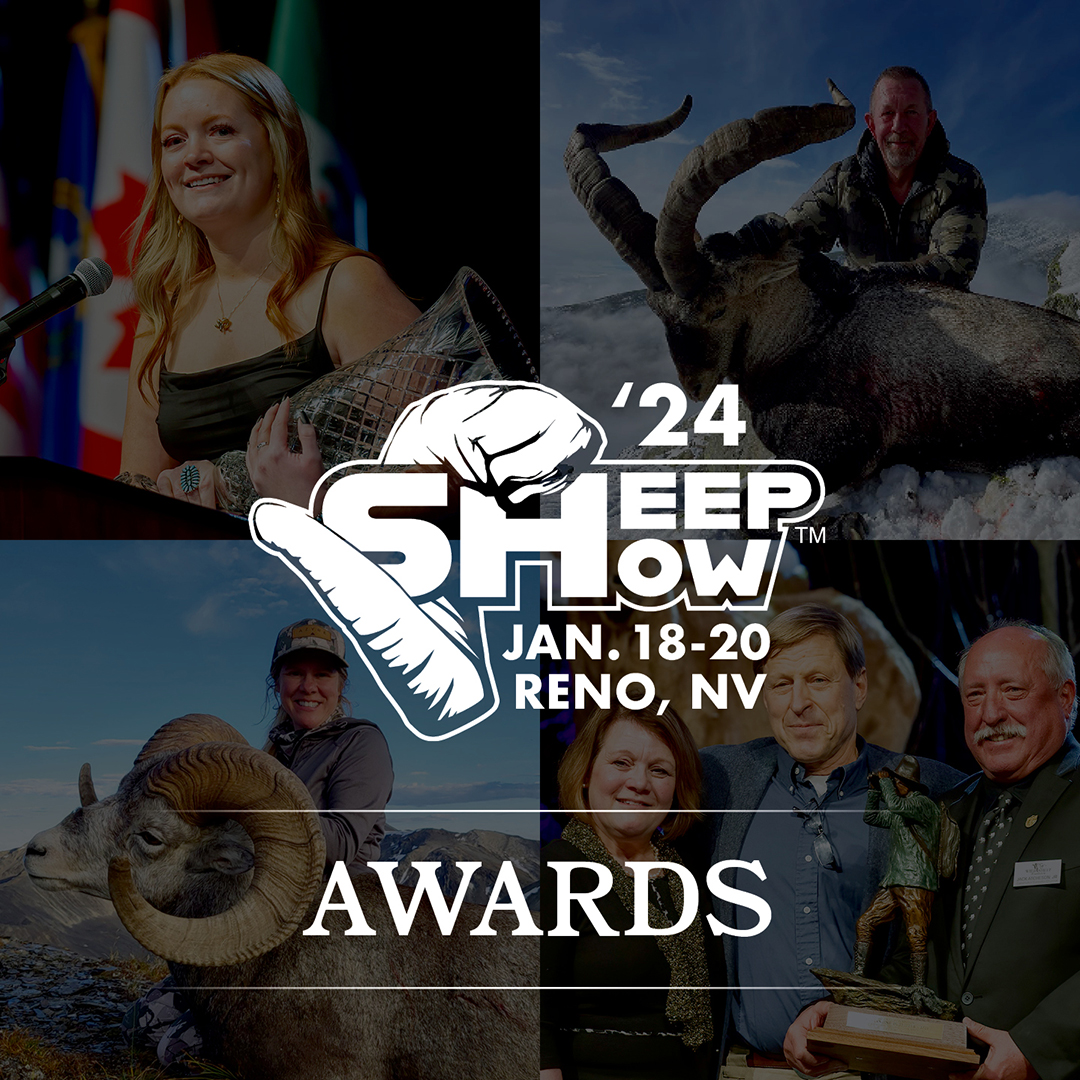 The prestige and popularity of these awards continue to grow each year, mainly due to the tremendous participation we receive from you each year. Nobody knows potential candidates better than those who have shared camps with these individuals or know firsthand their passion and commitments to wild sheep, our hunting heritage, and the Wild Sheep Foundation. These genuinely are awards for sheep people from sheep people.

Our Service Awards recognize outstanding contributions to WSF, the WSF mission, and/or conservation, with special emphasis on the Caprinae species. Winners of the service awards each serve, in their own way, as role models for the WSF Mission Statement and the values contained therein.

The links below will provide background and criteria for each award.

Excellence, dedication, and commitment deserve to be recognized. Please submit your nominations today.


Service Awards
Each year, WSF pays tribute to those often unsung heroes who have made the world a better place for wild sheep to thrive. Nine service awards encompass sweeping categories, including outstanding work in conservation and leadership at the state, federal and international level by government officials who advance wild sheep conservation. WSF inducts an outstanding biologist each year into its Wall of Fame, and the Artemis Award celebrates an outstanding woman hunter who stands apart in supporting WSF, wild sheep herds and other mountain game conservation. WSF’s Gordon Eastman Award goes to hard-working members of our Chapters and Affiliates for the long hours of labor they volunteer in service to North American wild sheep.

Hunting Awards
WSF’s Hunting Awards honor the accomplishments of our adult and youth hunter members in harvesting North American sheep with rifle or bow. The FNAWS award recognizes those members who have harvested the four North American Wild Sheep. Completion of a FNAWS is one of the most sought after accomplishments for North American sheep hunters and a FNAWS is highly respected throughout the hunting community. Our Frank Golata Award and G.C.F Dalziel Outstanding Guide Award recognize exemplary North American outfitters and guides dedicated to the highest standards of ethics, sportsmanship and client service.