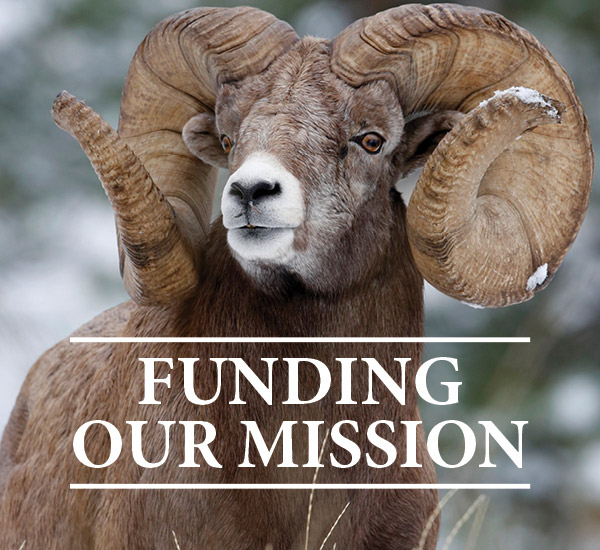 With a global membership of just less than 10,000, the Wild Sheep Foundation annually directs millions of dollars to wild sheep conservation and other mission programs. During the past nine years, WSF has raised and directed nearly $43 million to programs benefitting wild sheep, other wildlife, their habitat, and the wild sheep conservation community. This incredible amount does not include the additional millions of dollars raised and directed and the thousands of hours dedicated towards the wild sheep resource by WSF’s autonomous chapters and affiliates made up of dedicated volunteer conservationists.

During the recent 2019-2020 fiscal year alone, WSF directed more than $6.2+ million to wild sheep conservation and mission-related programs. Of this 6.2+ million, a record $3.77 million was directed to state, provincial, territorial, tribal, and First Nation agencies to promote wild sheep and other wildlife conservation through the sale of special permits and tags.

These dollars were raised through WSF fundraising initiatives such as our Marco Polo Society®, Chadwick Ram Society® and Legacy Society, Conservation Revolving Fund grants from partner foundations, organizations and individuals, Ensuring the Future of Wild Sheep campaign gifts, our Take One - Put One Back program, direct individual funding to specific programs such as our 100% user-funded Central Asian Conservation Initiative, and of course, our 2020 convention.

Annual Mission Funding details are provided in the links below: